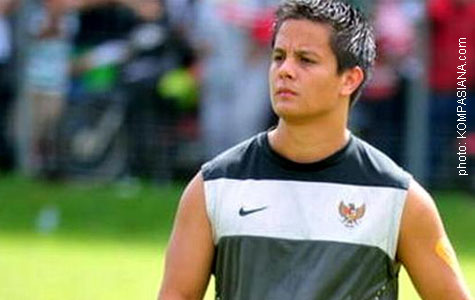 About a year ago someone asked me to meet him to discuss about sport rehabilitation, nutrition, physical training and related subjects. Basically, it was a conversation about sport science. Soon after we finished 2 cups of coffee and a glass of water he took me for a drive, his driver however did most of the work squirming through the city of Jakarta to get to a place far away from the business of the metropolitan life. As we slowly getting out of the car, I could notice a proud smile on his lips. I tried to follow his starring eyes. All I can see is an average football pitch with 2 main goals and a small goal post on the side of the field. Thats it…! Nothing else to be seen. Suddenly he opened his mouth and said “Matias, this is my sport science, this is where my football team will grow and be the best” he added later “a very good field don’t you think?”

Sadly term of sport science has been used too much. Somehow it is cool to use the word “sport science” nowadays especially if one is involved in a particular sport. Sport science is much more complex than its word. I even struggle to translate it into Indonesian; surely pengetahuan olahraga is not the right translation. I have to give in, that’s the best I could come up with. I am not going to talk a lot about what is sport science but I am going to explain the importance of it specially in relating to Indonesian football and players. Certainly it is more than just a field and goal posts. MilanLab is examples of amazing sport science facilities.

Football is a tough sport. It requires constant alertness, concentration and a strong solid built up physical component. Everyone can play it but only some can bring it to the highest level. Discipline, mental alertness, and handwork are compulsory to create a top footballer. However, the main point of a football player (or all sports) is when injury hit them. Injury happens because of unfitness, bad luck such as hard tackle, fall awkwardly or just been playing on hard pitch. Injury also occurring because of the anatomy built of someone, age factor, gender and the environment where he lives. How does a footballer get out of his injury?

Untreated injury will cause a long term chronic problem. Forcing to play while having an injury will result in more damage (many players had to play with injuries just because the boss said so). Only a few clubs take responsibilities in treating their players during injury period. This lucky players received proper treatment, a proper rehabilitation and enough active rest period where they can recover properly. These players recover well and can play in the league again. On contrary, there is a “you must play” attitude shown by the head coaches or by the club owner despite the injury. A lack of knowledge on treating injury is often the case. A belief in traditional way is still the case in many players.

I always feel sad whenever a player send a sms, bbm or call me to talk about their injury. Normally it is already in a later stadium. Come on…!! Hamstring injury couldn’t last 9 months long, at it longest 3 months is max; a swollen ankle should never be massaged, or if a player complain of pain in his chest, he should not trained at all let alone play a game (READ: it can be fatal if it is ignored). Better to prevent than to treat. Better to be equipped than to have none at all. It is by law compulsory in for example Brazil or Europe to have first aid equipment in football stadium, training pitches or sport center. I can’t name a stadium in Indonesia which has first aid equipment. I am not talking about the ambulance and paramedic that appear during the match. On one occasion I even spotted “penjual tahu kipas” (street food seller) parked in front of the ambulance during one football match. Imagine something happened and the ambulance has to go quickly.  Firstly, street food seller has to remove all his goodies not to forget to “carefully” move the “hot boiling oil inside a giant frying pan”. Secondly, By the time they reached hospital, two rooms need to be prepared. One for the player with the broken leg and the other one for the badly burnt street seller.

Just recently I had the chance to meet 2 amazing doctors from 2 top teams in Barclay premier league. They were here to play the Indonesian all-stars in Jakarta. Here is the secret; 6 months before the game took place they were already here in Jakarta and only for a day. Yes, u read it correctly, One ******* day…!! They don’t even bother to book a hotel to stay. After travelling 20 hours he spent the whole day checking the field, the changing room, the medic room, the available hospital in the neighborhood, how far it is to get there from the stadium with and without traffic. Just before he left he handed in a checklist of what they need in Indonesia during their visit. At the end of the day he boarded the plane and flew back to United Kingdom. They don’t take medical site lightly do they? To prevent is better than to treat; to be ready is better than facing a life and death situation. The amount of money spent is not an issue. To make sure that footballer’s health and well-being is well guaranteed become the top priority. It is unbargainable.

In the recent years we saw a rare case of heart attack by football players. Muamba of Bolton Wonderers collapsed during the match against Spurs. He survived the event for 2 reasons. First, God still want to have him around. Secondly, an amazing works by the medical team of Tottenham Hotspurs and Bolton Wanderers. The medical team performs a superb job. They are highly qualified and trained. They do proper study, courses and plenty of sleepless night to reach where they are. Only in Indonesian football club an untrained masseur get promoted to become physiotherapist. Physiotherapist is not a fancy word to describe masseur. In a different occasion I will discuss the issue.

First aid equipment is needed in every single stadium and must be carried around by the medic in charge of the team. Portable oxygen, jodium, antiseptic, plasters, kassas, bandage, sharp scissors, head stabilization and spinal board are certainly a few examples out of so many medical equipment needed on the field during training session and match. Beside the equipment, the medic team must have the first aid knowledge on how to treat serious situation whether it is life threatening or not. In any circumstances must be able to perform without getting panic. To stop bleeding, to do rescusitation, to cover up wounds, to apply oxygen or to simply distinguish between muscle strain and muscle cramp are a few must know skills by the medic of a team. Such a skill need to be performed with such conviction, no hesitation and has additional value towards players welfare.

The fact that first aid equipment are not available during training session amid a concern that should something happen, the first crucial minutes in which athletes needed help at most will be skipped, and by time help comes it is already too late. For example, if someone dropped down fainted during training or match, there is a quick need of oxygen to keep the organs functioning well. In the same case of a heart attack, the heart might stop moving but the brain does not necessarily died yet. However, the quick rise of carbon dioxide in the brain can cause an enorm brain damage in a very short period. This is another reason why a simple portable oxygen bottle is needed to be carried around during practice session or match. One might never know, it can safe life.

In the beginning of this writing there was a quick mention of sport science. This is just a small part of the big picture. The readiness to take care of sudden injury or complaints has to be addressed. The need for a proper rehabilitation, a good nutrition plan, a psychological lecture, a good recovery program, an up to date training program, a laboratory, a research team and such should be integrated in a team.

I want to conclude by saying that players need to be taken care of not only by salaries, bonuses or other gift but also by a proper training facilities. Only than a team can grow and reach the top level. Sport knowledge, the science within, and the training method keep on growing day by day. It is time to wake up and embrace it for a better future in Sport.