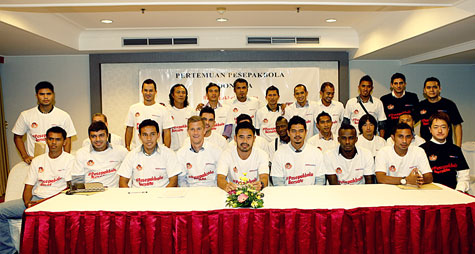 All captains from Indonesia’s professional football met each other yesterday in a special meeting organized by the players union APPI. The players not only seem to become victim of a power struggle at FA level but are also affected by the non-payment of salaries of no less than 13 different Indonesian clubs.

The very fruitful meeting of yesterday led to the following statement of Asosiasi Pesepakbola Profesional Indonesia: