‘Death of Mendieta is a disgrace for football’ 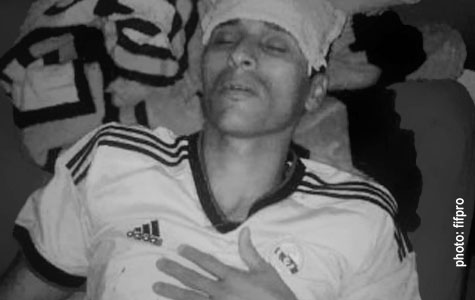 FIFPro is shocked by the news of the death of Diego Mendieta. FIFPro – the worldwide representative of all professional football players – demands that the Indonesian football association make an end to the structural mismanagement of countless football clubs.

Diego Mendieta is a Paraguay footballer who has, for several years, been earning his living in Indonesia. His last club was Persis in Solo, where he appeared last season.

Recently, the 32-year-old striker was admitted to hospital. He was found to be infected with typhoid and was suffering with a liver disorder.

An additional problem was that Mendieta had insufficient money to pay his hospital bill, partly because he was still owed around 12,500 dollars by his last club Persis Solo: four months’ salary.

Fans of Persis organised a collection, but without much success. Mendieta spent time in three different hospitals in Solo.

He died in the night of Monday to Tuesday. The exact cause of death is still unknown, but it was probably a virus infection..

Before his illness, Mendieta suffered several bouts of homesickness. He wanted to return to his family in Paraguay, but lacked the financial resources to pay for his return.

FIFPro regrets the death of Diego Mendieta and wishes his family and all relatives every support.

‘If the news is true that Diego Mendieta’s death was partly due to gross negligence by his club, then this is simply disgraceful,’ says Frederique Winia, secretary general of FIFPro Division Asia. ‘It is a disgrace for the whole of professional football in Indonesia.’

‘I know countless stories of players who are intentionally not paid by their club and have to wait for months for their salary. But I have never before heard a story where a seriously ill player has been left completely to his fate by a club.’

‘I assume that both the club and the national football association of Indonesia realise that they have seriously failed and that they have much to explain, particularly to the family and relatives of Diego Mendieta.’

‘The least the club can do is to pay the arrears in salary to his family; his wife and children.’

FIFPro has heard from the Indonesian players union APPI that there are currently considerable problems with transporting the body of Diego Mendieta, because of the high transport costs. If a solution is not found, FIFPro will pay these expenses.

FIFPro is now awaiting all documentation about the death of Diego Mendieta. Winia: ‘Once we have received it, then we will bring this sad affair to the attention of FIFA.’

FIFPro demands that the Indonesian football association bring an end to the mismanagement at many clubs, for in Indonesia there are countless players who wait for months in vain for what they are contractually promised: their salary. It is a disgrace that clubs should go unpunished when they continue to ignore the most important condition for professional football: paying the players.