Jakarta, 7 Juni 2021 — Asosiasi Pesepakbola Profesional Indonesia (APPI) announced the resignation of Ponaryo Astaman as the association’s General Manager. The resignation letter has officially been submitted since April 20th 2021 and approved by the Executive Committee (Exco) of APPI on May 25th 2021 after the Accountability Report hearing. As of June 1st, 2021 Ponaryo Astaman has officially resigned as General Manager of APPI. 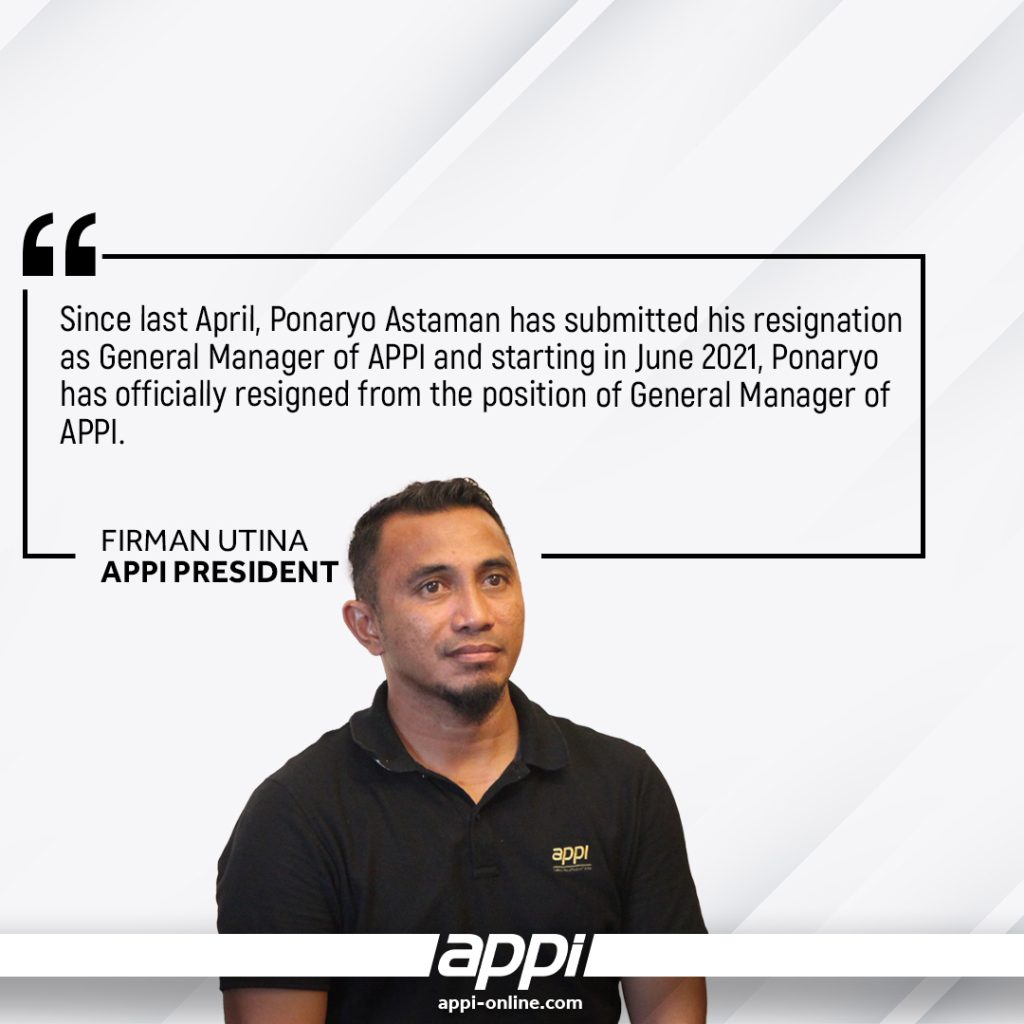 “We have received his resignation letter since April 2021. After hearing and  reviewing his Accountability Report, we approved and acknowledged his resignation from APPI on June 1st 2021.” – Firman Utina, APPI President. 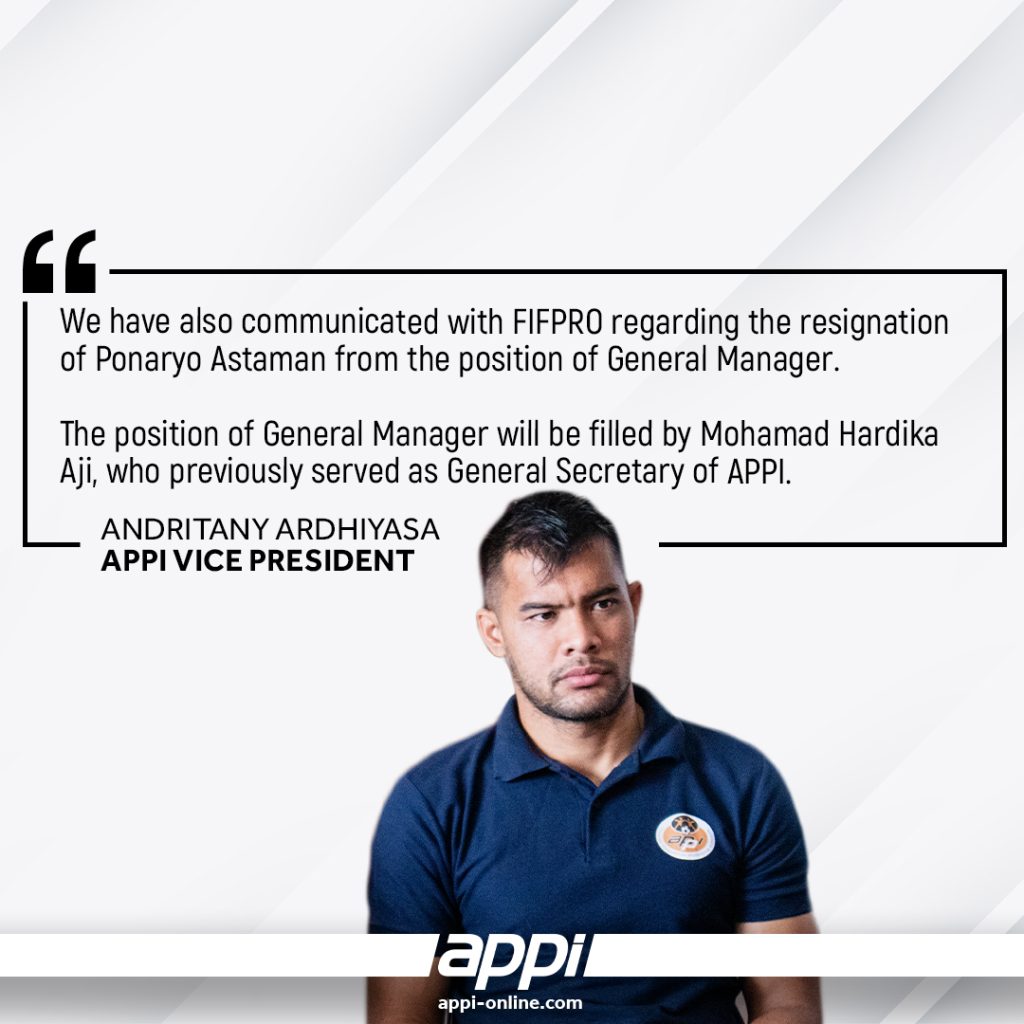 “After approving his Accountability Report, and reporting the resignation of Ponaryo Astaman to FIFPRO, APPO Exco has officially acknowledged his resignation from APPI. This term will be ended on 31 December 2021, and Mohamad Hardika Aji, who previously served as APPI General Secretary and Financial Committee of FIFPRO Asia/Ocenia Division, will fill the position as the Acting General Manager of APPI until the end of term.” – Andritany Ardhiyasa, APPI Vice President. 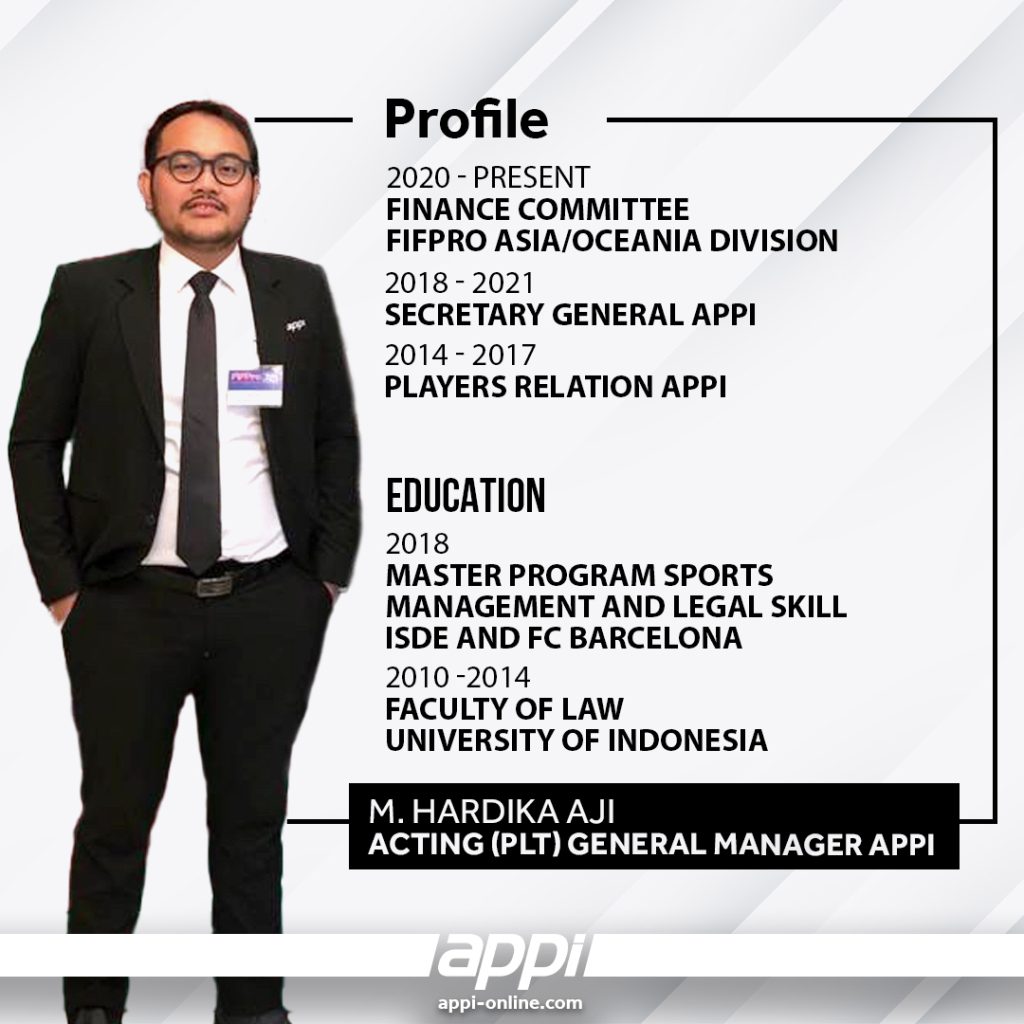